In the 2016 Newport to Ensenada International Yacht Race (#N2E), Foil, a Farr 40, sailed fast through the dark and windy night. Under spinnaker, she was making about 12 knots in winds gusting to 20 knots. Out by the Coronado Islands, the boat rounded down; helmsman Val G. went overboard. He broke his clavicle (collarbone) on the way. Foil owner, Gordon Leon, told crew to throw the dan buoy to Val.

SOS Marine dan buoy from Just Marine
It would take some time to get the spinnaker down in the wind and seas, then return to their MOB. Val says Gordon Leon’s call, to throw the dan buoy, saved his life.

The owner’s account of the story originally appeared on the CYC Racing page on Facebook. It also appears on SoCal Sailing News, Scuttlebutt, XS Sailing, and The Log sites. CruiserTV carried the story in its first newsletter.

Good job, skipper, having the dan buoy on board. Follow Gordon’s example, Just Throw! one to your man overboard! Click through to the story to see what you can learn from their crew overboard experience.

Testimonial for the Dan Buoy

…without the [dan] buoy…I would be dead. 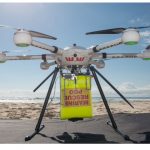 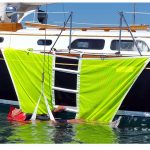 How do I get back on board? 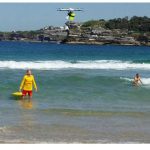 Having read this I believed it was rather informative. I appreciate you taking the time and effort to put this short article together. I once again find myself spending a significant amount of time both reading and posting comments. But so what, it was still worth it! Elicia Rudolfo Hinson

I used to be able to find good info from your content. Blanca Christophe Alon